Over the last few weeks we have been writing about dementia, the forms of dementia and the challenges of caring for someone with dementia. There was an interesting article written today by the BBC and it involved Dame Barbara Windsor and the current Prime Minister Boris Johnson talking about dementia care.

Since 2017 there have been efforts by the Government to complete a Green Paper that will go towards solving the Health and Social Care crisis in our country, however partisan politics have scuppered the Green Paper leading to delays because MP’s from different political backgrounds cannot agree on a way forward. We have also had Brexit to contend with and the political atmosphere being dominated by Brexit.

But this open letter from Dame Barbara Windsor will turn the pressure up on the new PM and the Coalition Government, there are already whispers that there may well be an early general election because Boris Johnson will need a majority to push through any new agreement in the House of Commons with the EU, the new PM will also need support in the House of Commons for proposals on a No-Deal scenario.

The Alzheimer’s Society have also raised a number of important points where care for dementia patients is failing in the UK, here is one of their main points relating to the NHS, people with dementia are spending one million unnecessary day’s in hospital, dementia patients who have had to stay in hospital longer than usual are actually well enough to go home.

This alarming statistic can also be debated on the basis of cost, if dementia patients are well enough to go home from hospital, the NHS could save millions, the Alzheimer’s Society have said that the cost of keeping dementia patients in unnecessarily costs the NHS more than £400m, WOW.

ProCare Nursing have been established since 1997 and has over 20 years experience caring for those with forms of dementia. We also have award winning Care Support Workers. We put forward our own senior Care Support Worker Sara Wells for an award at the Wales Care Awards, the category she was up for was “Excellence in Dementia Care”, Sara won the award on the night, here is Sara pictured furthest right with her award along with her certificate. 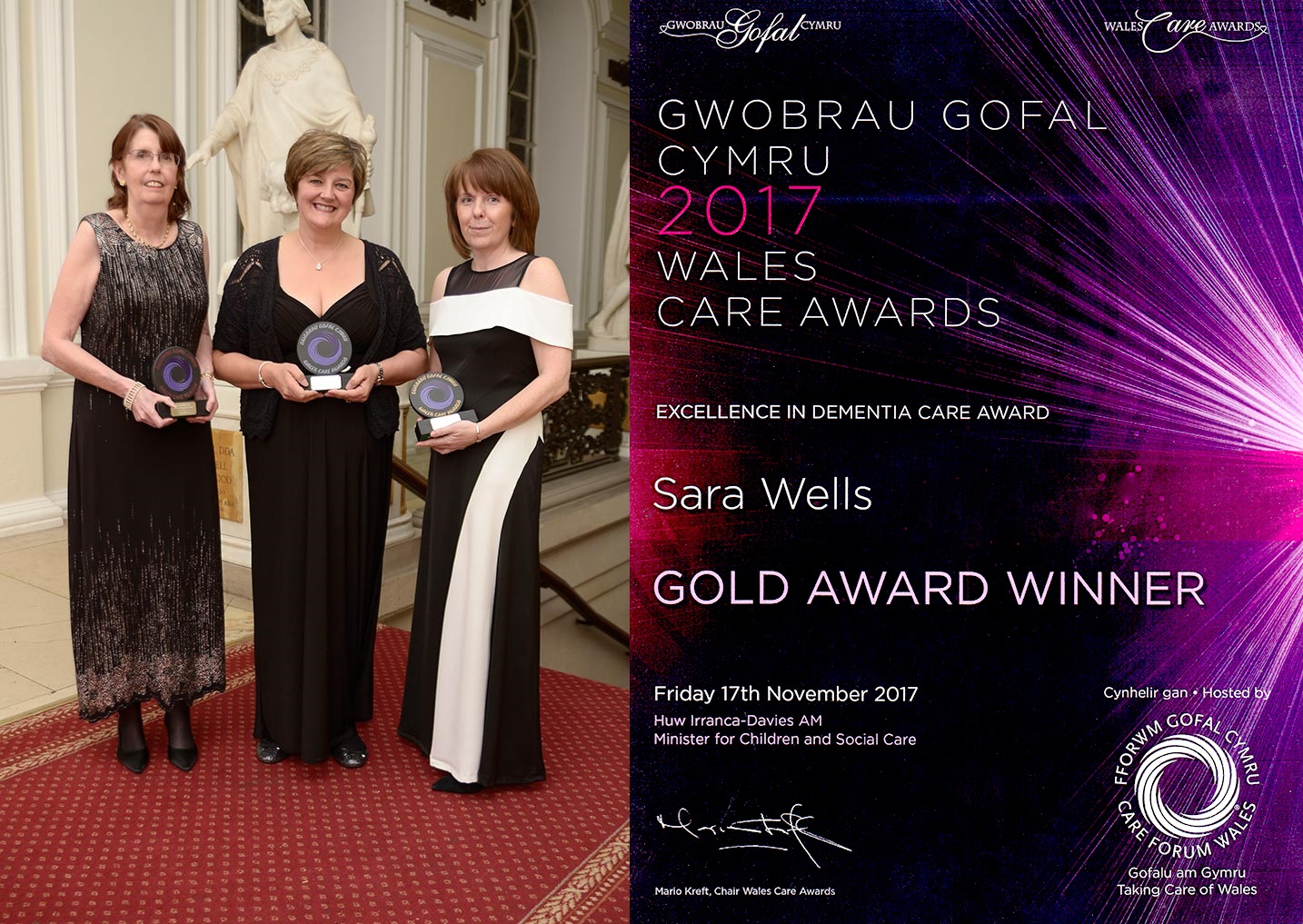 We are an award winning agency and have many years experience delivering top quality care to the health and social care sector. If you have any dementia care requirements get in touch we are happy to help and are an agency you can trust. Well done to Dame Barbara Windsor pushing for change for people with forms of dementia, and standing up for many people who have dementia not getting the care they deserve.

Avoid fire in care homes – We run Fire Safety Awareness Courses from our...
Scroll to top
We use cookies on our website to give you the most relevant experience by remembering your preferences and repeat visits.
By clicking “Accept”, you consent to the use of ALL the cookies.
Cookie settingsACCEPT COOKIES
Manage consent

This website uses cookies to improve your experience while you navigate through the website. Out of these, the cookies that are categorized as necessary are stored on your browser as they are essential for the working of basic functionalities of the website. We also use third-party cookies that help us analyze and understand how you use this website. These cookies will be stored in your browser only with your consent. You also have the option to opt-out of these cookies. But opting out of some of these cookies may affect your browsing experience.
Necessary Always Enabled

Performance cookies are used to understand and analyze the key performance indexes of the website which helps in delivering a better user experience for the visitors.

Analytical cookies are used to understand how visitors interact with the website. These cookies help provide information on metrics the number of visitors, bounce rate, traffic source, etc.

Advertisement cookies are used to provide visitors with relevant ads and marketing campaigns. These cookies track visitors across websites and collect information to provide customized ads.

Other uncategorized cookies are those that are being analyzed and have not been classified into a category as yet.